The Made In America Store is celebrating 9 years of saving & creating jobs in the United States of America by increasing American manufacturing, for our children's future! 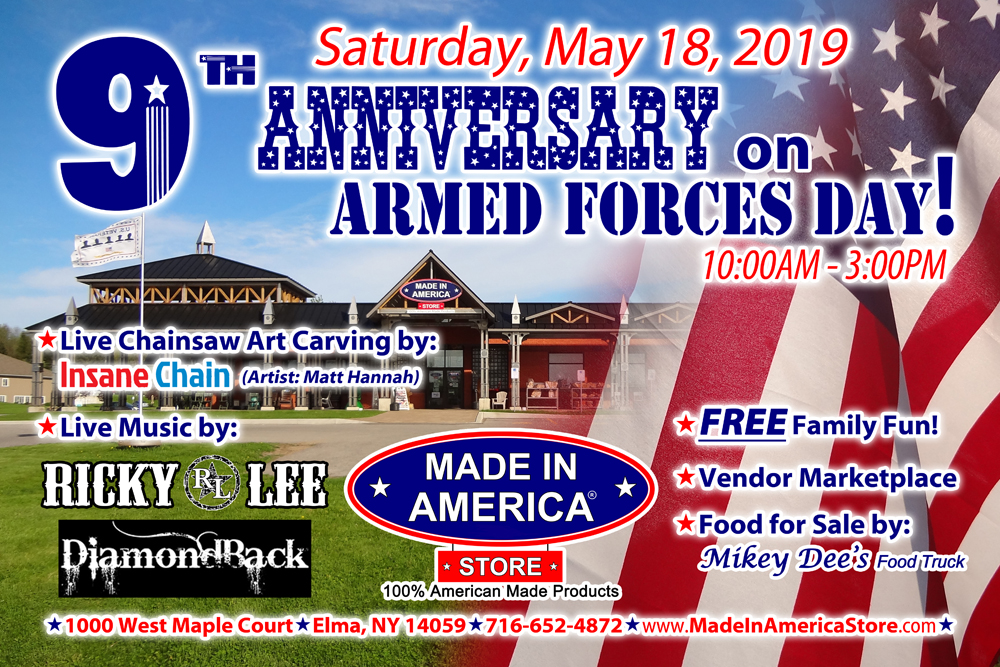 We're also very excited for our Wine & Beer Samplings! Final details have yet to be confirmed, but we'll have Midgard Winery on-site sampling their Honey Wines and Yuengling Beer will also be offering samples - Possibly more to be determined.