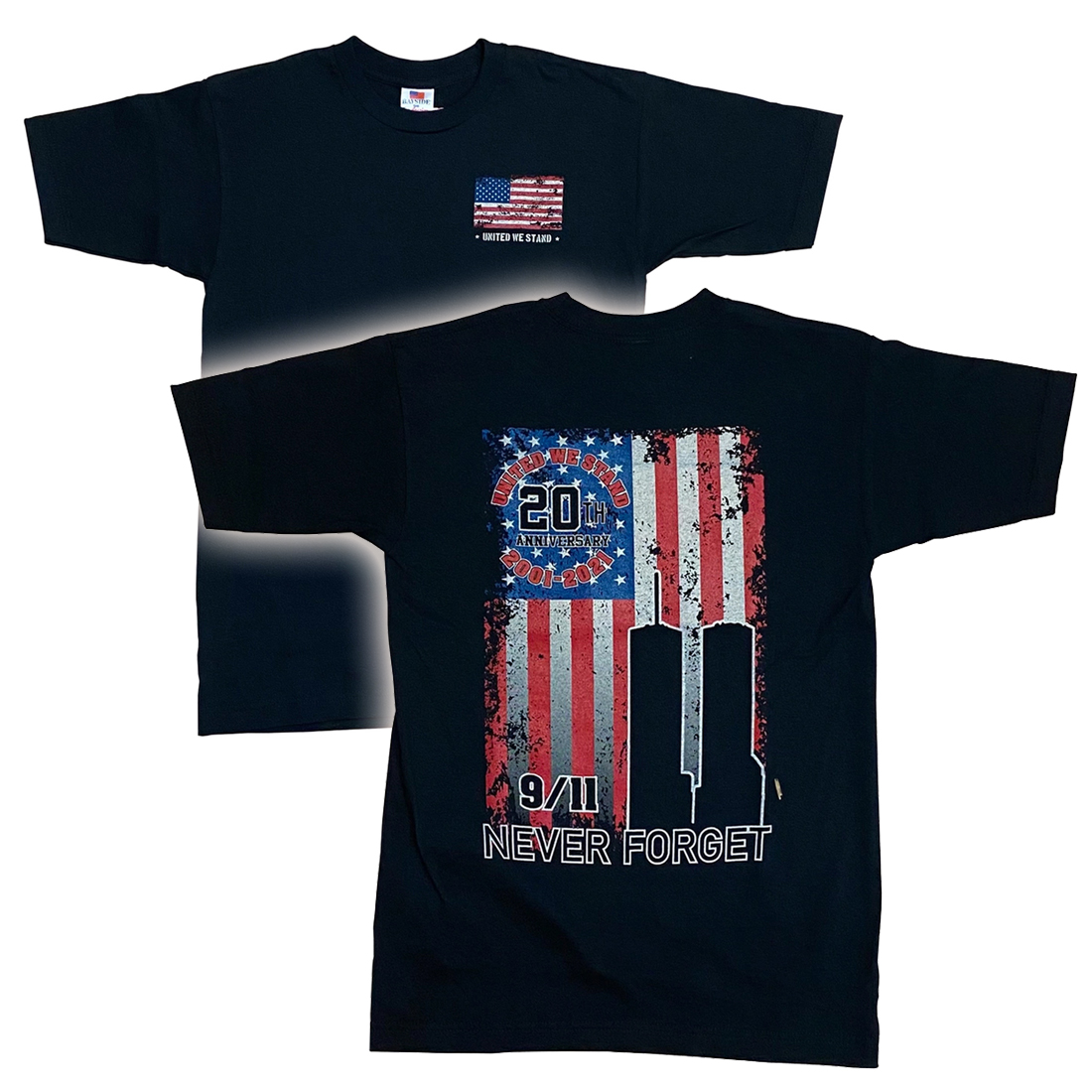 United We Stand 20th Anniversary Tees from American Images features a black tee with a weather U.S. Flag and the words "United We Stand" on the front, and a memorial flag on the back.

Commemorating the 20th anniversary of the terrorists attacks on the United States of America, we're unveiling our newest shirt - The 9/11 20th Anniversary Tee - United We Stand Tees! These 100% U.S.A. made tees are manufactured by Bayside in California, and printed by American Images in Buffalo, New York.