“Mark Andol, founder and owner, sees opportunity for consumers to rediscover and come home to American Made Products” 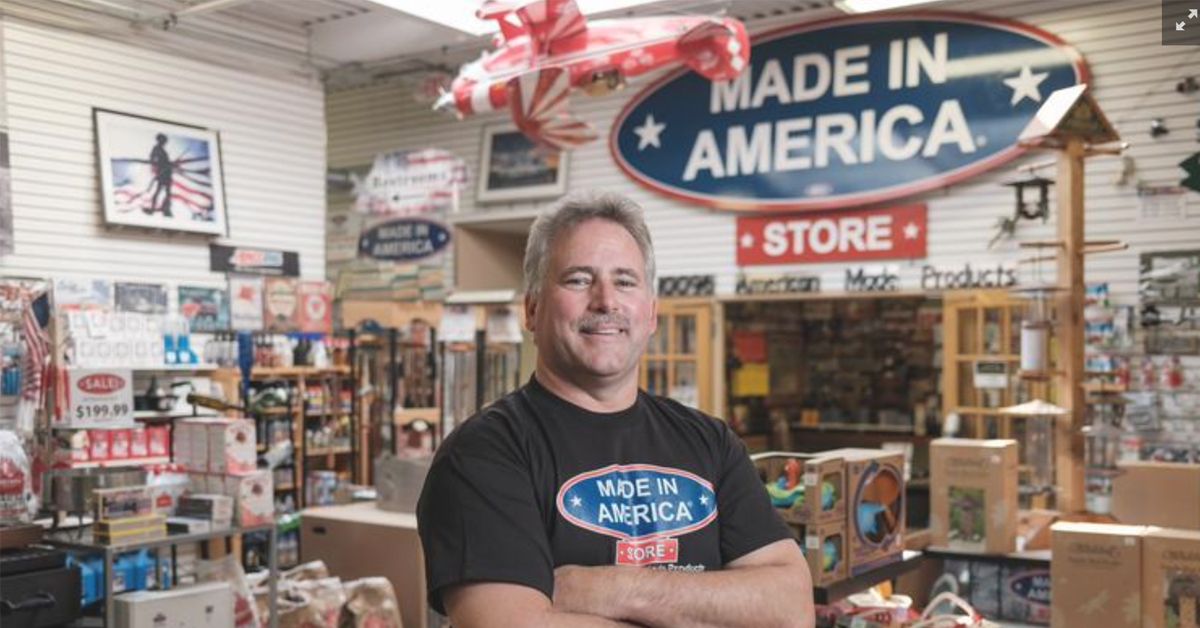 Elma, NY Now that the “container ship crisis” has the attention of the American public, consumers have the opportunity to curb their demand for products manufactured overseas and to instead buy American made products.That’s the view of the owner of the Made in America Store, whose headquarters is just outside Buffalo, NY.

“For more than 40 years, American corporations have shifted production overseas to increase their profits,” stated Mark Andol, who founded the Made in America Store in 2010 after losing half of his manufacturing business to unfair trade practices, foreign competition and currency manipulation.

“The time is now to adjust the U.S. tax code to no longer encourage the outsourcing of American jobs and to finally fix what’s wrong with our trade practices,” Andol continued.

Andol noted that his company is not impacted by the container ship crisis, which couldn’t come at a worse time, given pandemic concerns and the fast-approaching Christmas holiday season. Businesses that rely heavily on foreign-made products – like publicly traded big-box stores -- are not able to cope with burgeoning consumer demand.

“Take simple products like toilet paper and paper towels -- we have plenty. Or environmentally conscious toys that are safe for kids. These are just a few examples of product categories that are in short supply when made overseas,” Andol continued. “This is not the case when it comes to domestically produced items.”

Andol also noted the huge, detrimental impact container ships make on the global environment. “Highly polluting, these container ships pose a threat to sea life and the humans who rely on the sea for their livelihoods,” added Andol.

Andol further emphasized that his business philosophy is centered on fair trade – 50/50 whenever possible.

“Consumer demand for American made products must counteract these disturbing global trends. We have seen that too heavy a reliance on foreign-made products puts the brakes on our economy and on job creation. It’s time to come together as Americans to embrace the change this crisis offers. Buying American has never been a smarter choice,” Andol concluded.